Hazim’s Journey Towards MIT and The World Bank Part 1

Have you ever wondered what it takes to graduate from one of the top universities in the world and later on work for the World Bank? Well, today is your lucky day because Cemerlang is proud to share on Hazim Mohamad’s journey who joins our 15th #GreatHeights series.

At 28, Hazim has not only propelled in the financial arena but is well known for leaving legacies behind wherever he goes. He went from KYS to working in the Market Risk team at the International Finance Corporate (IFC) – a sister organization of the World Bank Group. And to cap it all off, the Massachusetts Institute of Technology (MIT) graduate is also the co-founder of Counselab, a startup that makes it easy to have 1:1 calls with the right people for advice.

He opens up about his awe-inspiring journey and experience being the youngest staff in his department in the IFC and his plans for the future.

Having spent a lot of time at the hospital accompanying his dad who is a doctor, the Ipoh boy always thought he would end up pursuing medicine. As soon as he entered KYS, Hazim paved his way to make a name for himself by starting the school’s chess club, leading the KYS Orchestra’s woodwind and brass section, co-managing the KYS letter walkway project and introducing the famous Housecup system.

He intended to instil a realistic aim for houses to compete holistically and to find creative ways to subtly curb disciplinary issues. Hence, merits and demerits were implemented into the Housecup system to give students the opportunity to contribute to their houses and steer away from breaking school rules.

To date, this system is still used to motivate students to catapult themselves and strive to accomplish more for their houses.

Amidst all the extracurricular activities, Hazim discovered after a counselling folio assignment that Accounting (or the yet-to-be-exposed Finance) was his true calling.

A Habit of Creating Traditions

He continued his studies in KYUEM where he became the president of the student council. Hazim did not shy away from creating more traditions as he co-founded the annual KYUEM summit. His goal was to organize a flagship event and put KYUEM on the map. The student conference aims to bring together youths to promote a discourse of pertinent issues at the national level including economics, politics, and socio-culture.

Upon completing A Levels, he furthered to do his degree in Accounting and Finance at Warwick University. He found it natural to initially gravitate towards people from his country and was encouraged to enter the Malaysian society. Halfway through his university journey, Hazim decided to venture past his roots and to try something new by integrating a wider society- the ASEAN community.

Initially it was just an idea that he gave to his friend, Darren, who was the President of the Malaysian Student Association (MSA) at the time. But as fate would have it, he and Darren both coincidentally ended up at a private student dinner with Tony Fernandes a couple of months after. He recalled the details of what eventually happened that night;

“There was no proposal, no team. But Darren convinced me to talk to Tony knowing that it would be our only shot, and I ended up doing an impromptu 30-second pitch for a fully student-run conference on Southeast Asia, the first of its kind in the UK.”

His proposal immediately won Tony’s attention as Hazim confirmed that the conference would be organised by an ASEAN team that was representative of the member nations. He added that his spirit and enthusiasm also likely played a part in earning Tony’s trust to fund the project as well as become its keynote speaker.

Stay tuned for Part 2 of the article 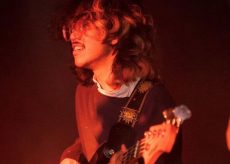 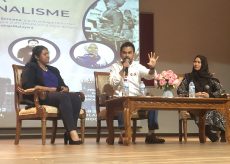