From College Corridors to The Aisle, Stories of 3 Power Couples

It is perhaps clichéd to say that love makes us stronger. But it is certainly true that, throughout history, the power of some partnerships has been greater than the sum of their parts especially within power couples.

Power couples have been around since the dawn of time – Cleopatra and Mark Antony anyone? Be it the political dream team like the Obamas, or a short-lived but memorable pair like Paul Simon and Carrie Fisher, they all had strengths in common; passion and ambition.

Harnessing these strengths, we interviewed three couples who went through the highest points of their careers together – breaking boundaries, cementing legacies and taking on the world.

In KYS, Abdullah or ‘Payat‘ carried the Head Boy title and enjoyed working with his housemates to win Union Nights or sports events for Rahman. During his Head Boy term, Hazrina was part of the College Committee and happened to be the Secretary of Rahman. From being in the same batch, Class of 2000, to landing roles in Rahman house together, the two never looked twice at each other until a trip to Pangkor Island.

“Back in school, I was better than her in Biology.”

After their final year in KYS, both of them parted as Hazrina was set on becoming a doctor while Abdullah knew that he was made for Actuarial Science despite his stellar biology grades. During Hazrina’s 4th year in medical school, she joined the annual Medicine Association’s Sunathon Programme in Pulau Pangkor. On the other hand, Abdullah had ended up becoming part of the organizing committee for the same event courtesy of being hoodwinked by his friend to share the workload.

“On the ferry, I overheard a few students talking about how ‘Payat’ would be organising the groups. Although his name sounded extremely familiar, I didn’t dwell on it for too long until I saw Abdullah waving to us over at the jetty.”

After reconnecting through the programme, Abdullah flew back to the UK to continue his studies. Now, blessed with 3 children, the couple reflected on the importance of supporting one another.

One of the biggest trials that the couple had faced was when Abdullah decided to resign from his well-paying job and began a company right from scratch. The couple contemplated their hardships then whereby Hazrina had to single-handedly financially support the family. It was indeed a testament of their trust and belief in each other that led to the successful establishment of Ficus Venture Capital (FVC). While fulfilling one’s dreams may be difficult, the journey is more meaningful when a loved one is by their side. The pair added that when in doubt, they would always hold on to these words, “As long as we are together, everything will fall into place.”

From Fake to Fate

Esmat first talked to Aishah in 2012 at the KYS Great hall in an attempt to escape another girl who was interested in him.

“I remember calling out to her in Form 4, ‘Hey Aishah, will you pretend to be my girlfriend?’ across the hall.”

At the time, Aishah was active in all sorts of activities; she was attracted to the microphone and the stage. She found interest in debating, public speaking, performing in Citrasari, Choral Speaking and was an avid long-distance runner.

Esmat was a state-level badminton champion who later picked up long-distance events in KYS. As early as Form 2, he earned a spot in the Tan Sri Halim Saad list, an award given to one student of exceptional co-curricular and academic achievements each year, alongside the Principal List.

It was two weeks after their first encounter that Esmat and Aishah started noticing each other. As the two grew closer, their relationship somehow developed an interesting note of rivalry that became their source of motivation to do better and be better. Owing to that, when Esmat was appointed as Head Boy in 2013, it became one of Aishah’s drives to give her best in everything she does, and she too, became the Head Girl the following year. They both shared the same passion for running and as fate would have it, they both managed to represent Melaka for the National MSSM Cross-Country for two years and spent hours of training, getting to know each other better.

“We promised each other we would prioritise our academics first!”

After both of them had successfully obtained a scholarship and got to study in the UK. Esmat realised his dream and furthered his studies at Warwick University whereas Aishah read law at the London School of Economics (LSE). Perhaps, one of the sweetest moments in their relationship was during Aishah’s final year, when Esmat secretly applied for a master’s to LSE to join her in London. While juggling their studies, they also worked part-time at the PETRONAS London office.

“We were determined to make it work! I’d check the train and bus hours so that I could meet Aishah during breaks.”

The soon-to-be-married couple had illustrated that within a relationship, no one is inferior to the other. A great manifestation of this is when they turned their shared passion into motivating each other to complete a half-marathon in Paris and travelled to numerous places together. Certainly, it’s amazing to see that a loved one’s achievements become an incentive for the other to improve thereby allowing the two individuals to steadily progress together towards the future they envisioned.

It is rare to find couples who can say that they literally grew up together. But Ayne and Akmal are amongst the lucky few who have gone through many phases of life, from teenagehood through to adulthood, by each other’s side.

These high school sweethearts hit it off after a school trip to Thailand. They both also happened to be in the orchestra which allowed them more opportunities to interact – Ayne played the violin while Akmal played the double bass as well as the electric bass.

“Our many shared experiences & interests at school and beyond really helped us to connect. ”

After KYS, Ayne and Akmal pursued different interests. Ayne ventured into the medical field while Akmal dove into architecture. However, their roads were not entirely straightforward. Ayne had taken a gap year, volunteered in Kenya and worked as a writer for publishing companies including Seventeen Magazine. She even picked up an extra degree in Philosophy of Medicine in her third year at University College London.

On the other hand, after his final year studying architecture at Manchester School of Architecture, Akmal worked in media analytics and later, pivoted into software engineering. Their budding careers and clashing schedules back then made it difficult for them to meet, often residing in different continents for a lot of their relationship. But they nevertheless continued to support each other through every personal milestone.

“It is important to be flexible with your plans because life will be both messy and fluid. We constantly communicate with one another and prioritise each other’s personal and professional growth. Before we were a duo, we were two individuals with dreams and ambitions – and this needs to be wholeheartedly acknowledged and supported.”

After tying the knot in 2014, Akmal and Ayne have set up a home in London. Akmal is currently working in a music tech start-up whilst Ayne works in the paediatric oncology department in Great Ormond Street Hospital.

Nowadays, Akmal and Ayne make it a point to spend quality time together through music jamming sessions, taking long walks together and trying out new food around the world whenever they can. Through their story, we see that a relationship is not meant to remove an individual’s identity, rather it enables the synergistic development of two people who love each other. 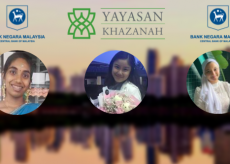 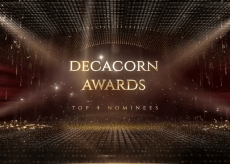 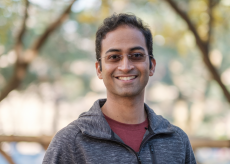