Not all doctors work in hospitals and clinics – in fact, one of them works in stadiums facing a huge cheering crowd. For our 10th edition of the #GreatHeights series, we are proud to introduce to you Dr. S. M. Wazien Wafa bin S. Saadun Tarek Wafa from class 2004. Wazien AKA Teddy amongst his peers, is the Head of Sports Science for the Football Association of Selangor. He successfully graduated from Melaka Manipal Medical College which included 3 years in Manipal, Karnataka, India to complete his medical degree.

In this edition, Wazien shares with us a different perspective of careers in medicine, in particular the world of Emergency Medicine. It highlights his contributions in major international sporting events and the challenges he faced to reach that level.

In KYS, Wazien loved the busy life, top notch facilities and accommodative environment. He believes that the institution is perfect in shaping the ‘crème de la crème’ students for the nation. “The school has harnessed me to reach my utmost potential and allowed me to explore my strengths and skills that I never previously imagined”.

He was undoubtedly a very busy boy back in the days. Some notable mentions would be his leading role as House Captain of the Silver Foxes, project manager for multiple union nights and also the Vice President of the Fishing Club. Woah! Who knew kolej had a Fishing Club? Wazien was also proudly the principal French horn player for the orchestra for 5 consecutive years! “The sweetest memory for me was being able to perform in front of Tun Dr Mahathir Mohamad at Istana Budaya and also internationally at Thailand Cultural Centre in Bangkok and for Non Aligned Movement”.

Just like everyone else, Wazien had his own methods on keeping up with his priorities. For him, the immense competition during his years in kolej pushed him to maintain the determination to do his best while having to tenaciously balance academic and co-curricular achievements. With the support of friends and teachers nothing seemed impossible for him.

Realising his passion for medicine

Before moving to the land of spices and delicious curry, Wazien did a lot of soul searching after his SPM examinations. “Everything was a bit blurry mainly because I was indecisive of what I want to do with my life. I took some time off from study to think and decide on what to do next”. Eventually, he took a brave step to pursue the field of medicine.

“I have realised that being able to help those in need while relieving their sufferings can create an impact that can change their life. Thus, by pursuing a career in this field, I have been given this opportunity on daily basis!”

When it came to scholarship applications, Wazien’s batch was the pioneer for applications via online submissions. Back then there was no 4G internet connections like today and it was really tough for them to prepare their documents. Due to slow server response time, his application did not manage to go through. “As I reflect on the result, I was disappointed in myself for taking things for granted and had applied on the very last minute. Fortunately, my luck seemed to change as they accepted my appeal and was given a chance for the interview at much later dates compared to other candidates.”

“This experience taught me a valuable life lesson : Never procrastinate!”

In His Own Bollywood Movie

Things started to settle down as Wazien pursued his medical degree in Melaka Manipal Medical College and spent three years in India under a twinning program. Living in India was an eye opening experience which made him appreciate his homeland much more. “The daily life struggle and the hardships that the people in India face every day are definitely real and the Bollywood movies just captured glimpses of it!”

For Wazien living there meant adapting to the local lifestyle and sometimes even forcing himself to finish his meals. “After surviving countless food poisoning episodes, I believe I have the toughest GI tract in the world!”. Nonetheless, Wazien misses the country and will never forget the diversity of food and people of India.

“Despite the hardships of the Indian people, they are always smiling and enjoying every single bit that life has to offer.”

As his love for medical knowledge grew, Wazien chose to specialise in Emergency Medicine and is currently in his final year of his postgraduate studies in USM, Kelantan. This specialisation is growing in popularity amongst Malaysian graduate doctors where it requires one to be able to multitask and make critical decisions within split seconds. To no surprise, Wazien at the same time also pursued a career related to this field which is Sports and Pitch Side Emergency.

Rugby? Football? You Name It

Becoming a doctor means making a lot of sacrifices such as having to miss important events like family weddings and birthday parties. However, Wazien believes it is all worth it. It has been 7 years since Wazien started his long winding journey of his medical career, and so far, he confirms, “No Regrets”.

“It’s not the most ideal work-life balance, but that’s life, you win some you lose some.”

Wazien started off his career as one of the doctors for the Malaysia Rugby Union and worked his way up through the years. The main highlight of his career was when he was appointed as Tournament Medical Director for the Asia Rugby Championship in 2018 and 2019. Wazien was also a medical observer for Asia Rugby in the recent Rugby World Cup 2019.

Over time, several organisations identified his potential in the future of sports medicine in the region. One of them was the Selangor Football Association that did not hesitate in making him their team doctor in 2019. With God’s will and his determination, Wazien is now the Head of Sports Science which authorizes him to directly attend to the players on and off the pitch. Wazien admits that there were no shortcuts to his success and highlighted that with passion and interest, nothing could stop you from achieving your goals in life.

His aspirations and words of advice

A note to the future doctors of Malaysia:

Entering the new decade, Wazien prepares himself for a new set of exciting challenges. By 2030, he targets to become Malaysia’s go-to expert for Sports Emergency and also spread his career internationally. In order to achieve this, Wazien strives to be in line with the advancements of the fast paced medical world to stay relevant. “It’s not going to be easy but hopefully I will make it there some day.”

“Life is not always going to be easy and smooth sailing.  At times you will face challenges and defeats that will make you ponder on the decision that you have made. Nevertheless, you must always remember that you can learn as much from your defeat/mistakes compared to your victory.” 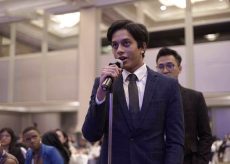 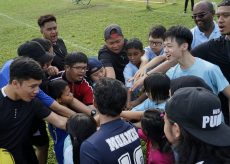 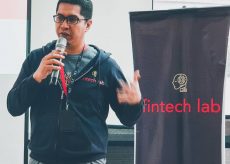