There Is No Planet B!

The quote portrays how some act as if they are better than others without remembering that one day we will all end up in the same place, 6 feet under ground. Another interpretation of this wise quote is the atrocities that humans commit against mother nature, acting as if Earth is indestructible and that climate change is a hoax.

Since the 1970s, concern over climate change has grown into a mainstream topic being discussed at different levels of society. On the 23rd of June 1988, climate change became a national issue in the United States. Dr James Hansen, former director of NASA’s Institute for Space Studies, stated that “Global warming has a reached a level such that we can ascribe with a high degree of confidence a cause and effect relationship between the greenhouse effect and observed warming.” He stated this in a landmark testimony before the US Senate Energy and Natural Resource Committee.

However, even with decades of research, proof and movements, the fight to save mother nature is still as stagnant as the river Ganges or closer to home, the rivers of Pasir Gudang.

The historical industrial hub of Johor is notorious for mismanagement of industrial waste in recent years. In 2019, toxic chemical waste was disposed of illegally into Sungai Kim Kim, affecting approximately 4,000 residents who suffered from shortness of breath, nausea and vomiting after inhaling toxic fumes. Another incident occurred not long after where 75 students from neighbouring schools were affected not counting the future risk with the existence of at least 250 chemical plants and 2,005 factories in Pasir Gudang.

On a brighter note, after years of fighting, NGO’s have succeeded in saving the Kuala Langat North Forest Reserve (KLNFR) from degazettement. The degazettement was originally purposed for the ownership of land to be transferred to a private company for a mixed-development project by the Selangor Menteri Besar, Datuk Seri Amirudin Shari.

The concern over saving KLNFR was not only saving and preserving 8,000-year-old forests but also maintaining the traditional motherland of the indigenous or locally known as the Orang Asli. The same indigenous tribe living there was previously relocated from their original settlement in 1994 for the Kuala Lumpur International Airport (KLIA) construction.

“For now, only 104 acres out of a total of 1,326 acres of the forest reserve will be degazetted to finalise the land ownership to Busut Baru Orang Asli village to resolve conflicts pending since 2006”, said the Menteri Besar.

Power To The People

There is still hope for the future as many more of Gen Z, have started to use their voice and taken action to prevent the inevitable doom of our home. Most noteworthy would be Sweden’s Greta Thunberg, born in 2003 and is known worldwide for leading the young generation today against world leaders to take prompt action for climate change mitigation.

Greta started her movement for change when she convinced her parents to opt for a more environmentally friendly lifestyle. In 2015, she started spending her school days outside the Swedish Parliament to call for stronger action on climate change by holding up a sign reading Skolstrejk för klimatet (School strike for climate). Soon, other students took part in supporting the movement and with Greta’s support, founded Fridays for Future, an international movement of students who skip Friday classes to join in demonstrations to demand action from political leaders to prevent climate change. She has also been invited to address the 2018 United Nations (UN) Climate Change Conference and the 2019 UN Climate Action Summit.

In Malaysia, we have organisations such as Misi Solidariti, Youth Dot My and many more who carry out the sole purpose of raising awareness and pushing for change on many issues such as protection for children and women, poverty and of course, the preservation of our flora and fauna.

NGO’s That You Can Join To Make Change

The Malaysian Nature Society is the oldest and one of the most prominent environmental not for profit, non-governmental organisations in Malaysia

The Urban Community Forest (UCF) was established to protect 74.4 ha. Bukit Persekutuan, the last remaining green lung in KL city centre. The UCF promotes the conservation of nature and heritage buildings, found in this government land.

Established in 1972, WWF-Malaysia is part of WWF, the international conservation organisation. Working to sustain the natural world for the benefit of people and wildlife.

“If you are 18 years old and above and residing in Malaysia, discover the world of volunteering opportunities with WWF-Malaysia by applying with us. Take action to protect nature, as it is one of our greatest allies against climate change and is vital for our survival and prosperity”.

Currently, there is only one volunteer role available, as a Social Media Volunteer (SLP).

1. Help grow the audience base for Linkedin and Twitter

Malaysian citizens should reevaluate themselves on how they contribute towards e the rescue of our nation’s natural resources. We must come together hand in hand to stand against irresponsible corporations and leaders who can make a real impact on this issue.

Do not let your age or racial background become a barrier you have to overcome in order to fight for the protection of your home. Students such as Greta Thunberg and the indigenous people of Kuala Langat and all over the world have proven that together, we can topple any empire. Let us protect our home before the Doomsday Clock strikes 12. 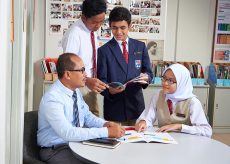 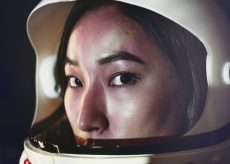 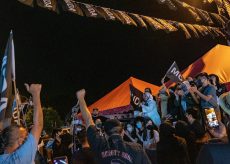