Cakes and brownies – delicious little treats that are perfect for filling up craving stomachs. During this period of time, the little things we do will definitely make a difference in supporting those who have been fighting tirelessly for the well-being of our country and society. The Interact Club Committee is pleased to say that the club has taken this opportunity to show our appreciation to a few of the many noble souls in the Melaka General Hospital.

The project began on 24 August 2020, led by Project Manager Nik Nai’my Thurayya and Assistant Project Manager Amirah Farisyah. We started off with the main piece of the project, which was creating a large card. The idea behind the card was for us to show the many different ways interactors expressed our appreciation towards the hard work of the frontliners whilst getting the participation of many to portray their creativity.  The handmade card was filled with many smaller cards of motivational and heart-warming sayings accompanied by many drawings full of splendid colour and cuteness. To make it all even sweeter, the Interact Club ordered some brownies and cakes to be presented to the frontliners, too.

We faced a few hiccups along the way, such as having too little space for all the cards. A step that should have been taken was to have a specific card size for everyone to write on so that it would be easy to arrange, thus making the card look neater. In the end, the cards were trimmed to ensure every little effort that was put into the card would be shown. Work distribution was also a mild problem as many of us were busy with exam preparations, and therefore could not meet. This was tackled by separating the card into a few parts so that it would be easy to work on instead of having to meet each other to do so. All in all, the project was a success anyway as we ended up with a beautiful card that really represented our appreciation and love to the frontliners.

We hope that there will be more opportunities for us to do projects like this where we could show our support. We greatly appreciate all the dedication and sacrifice that was put in to ensure the safety and health of our country. We hope that society carries out their responsibilities in helping the frontliners to not only ensure their safety but also those around them. It is hoped that others will take our project as an inspiration to show their appreciation in their own way. 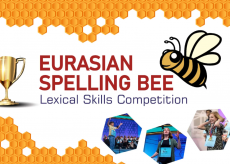 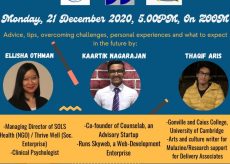 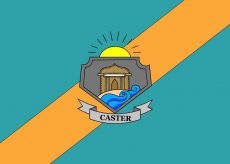